Mammoths - Giants of the Ice Age

Of all extinct creatures, the mammoth surely exerts the greatest fascination for us. This ARTE documentary shows how these prehistoric forefathers of the elephant came into being, conquered half the globe but finally had to give way to a new era in the history of our planet. We accompany Dutch mammoth expert Dick Mol as he searches for clues across three continents, piecing together the evidence to tell as never before the story of how all five species of mammoths developed - and the mammoths are brought to life with modern computer graphics. On his first expedition Dick Mol takes us to the North Sea. During the Ice Age sea levels were 120 meters lower than today, and mammoths grazed here on a cold version of the Serengeti. By using trawling nets Dick Mol is able to bring relics from this sunken world up to the surface. Our expert then travels to Namibia, where mammoths originated, for the excavation of a very early mammoth skeleton. New findings here make it possible for the first time to reconstruct the appearance of the ancestor of all mammoths - as he lived around 5 million years ago. Mammoths later spread from Africa to North America, and Dick Mol finds traces of this migratory movement in the gold mines of the Yukon. Each year the permafrost here recedes slightly, releasing thousands of Ice Age fossils. Finds such as these contain DNA, and this has encouraged some scientists to dream of recreating a mammoth by cloning. However, paleogeneticist Hendrik Poinar regards this idea is highly questionable. Like Dick Mol, he is intent on expanding our understanding of the mammoth - but without trying to turn back time. It would in one sense be futile: thousands of fossils, investigated with modern genetic analyses, indicate that the mammoths died out because their habitat disappeared, so there would be no place for them in our modern world. 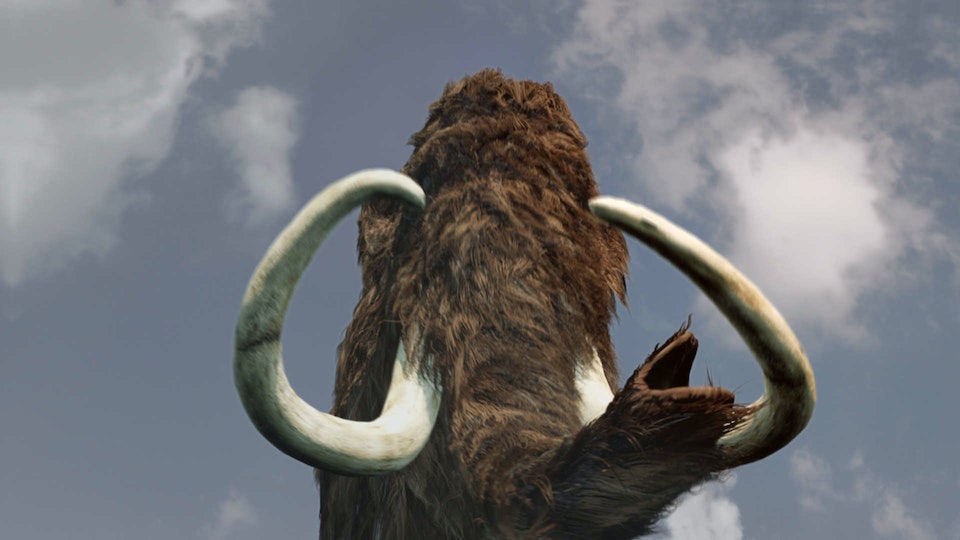